At Pioneer we are huge fans of Boardsmill resident stallion Court Cave who has sired Cheltenham heroes Willoughby Court and Mister Whitaker aswell as old national hunt favourite Champion Court and Donnelly Bloodstocks very own Moonlight Escape, Beyond Redemption is an imposing scopey and athletic gelding who was bought from the Land Rover Goffs Sale in 2017

Beyond Redemption is currently in training with Peter Flood who won the prestigious Connollys Red Mills Champion Pointer award with Ourmanmassini last year, Peter has told us he is very please with Beyond Redemption’s work and has very high hopes for him. He is expected to make a big impression in a 4yo maiden p2p early this Autumn. 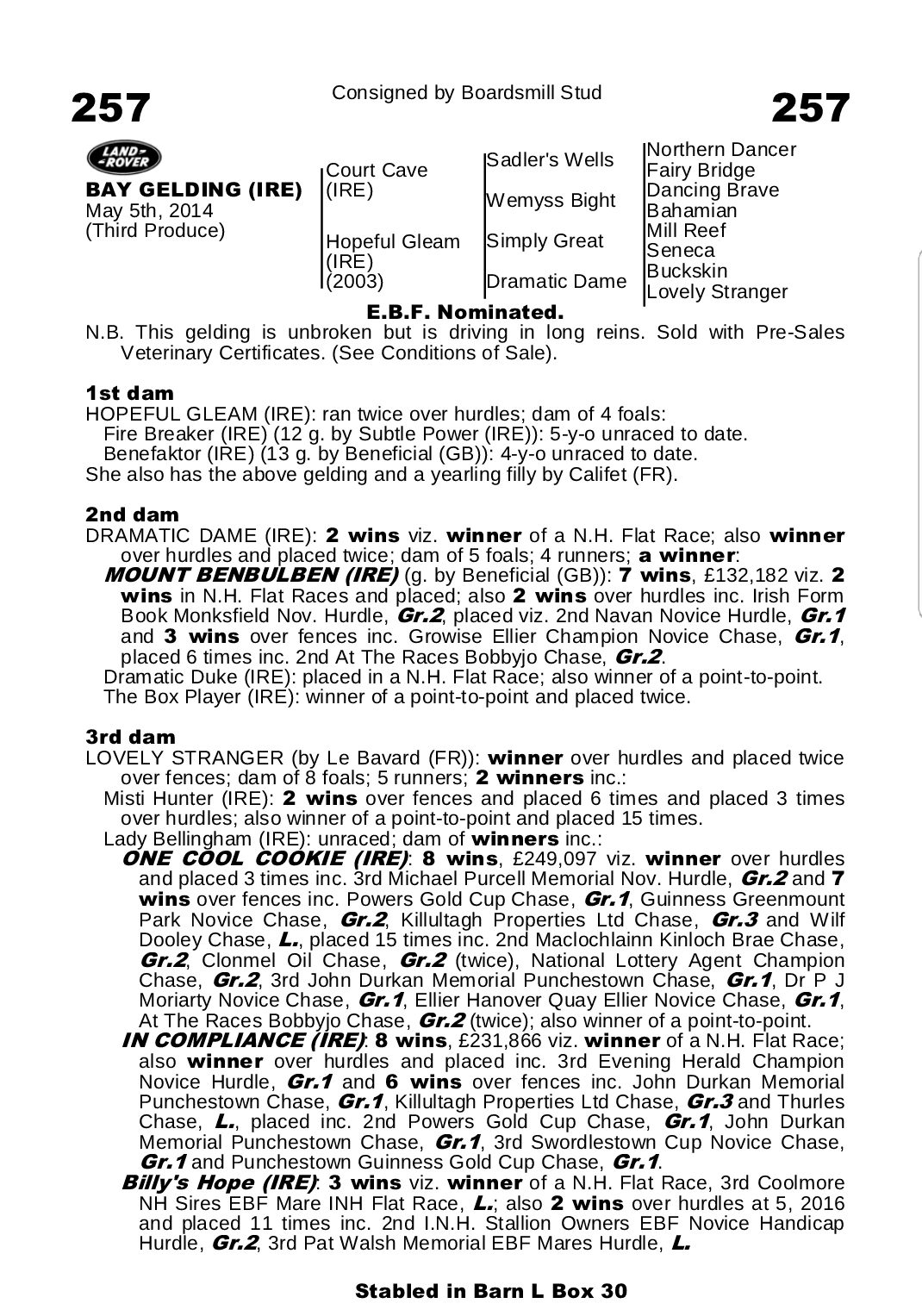