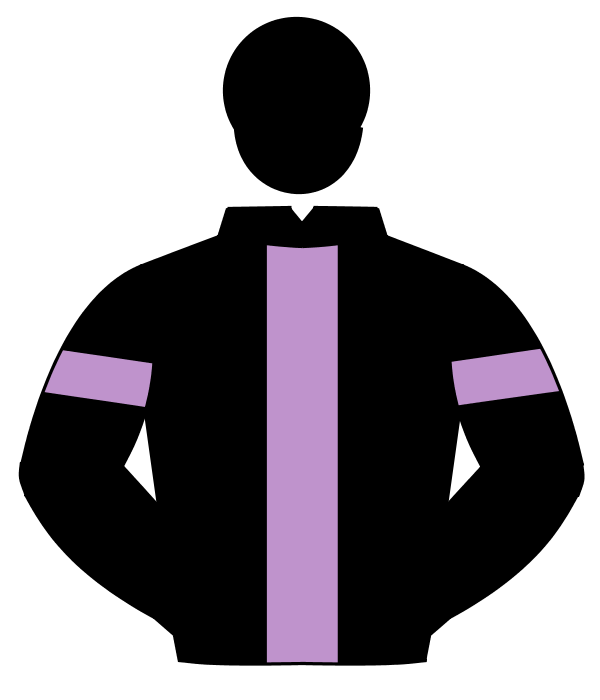 Gordon Elliott began his racing career as a teenager, working for Tony Martin at weekends and during school holidays. Having taken out his amateur rider’s license at the age of 16, he went on to be a prolific rider both in the point-to-point field and on the racecourse. He rode a total of 46 winners on the racecourse, with the highlight being his win in the Punchestown Champion Bumper on the Nigel Twiston-Davies-trained King’s Road in 1998. He also and also rode as an amateur for Martin Pipe. Having hung up his riding boots at the end of 2005, he began to concentrate on his new career as a trainer the following year. Gordon Elliott came to worldwide attention when training Silver Birch (Robbie Power) to win the Aintree Grand National in 2007, a success made all the more remarkable by the fact that, at the time, he had yet to train a winner in Ireland. Gordon trained five winners in Britain before his first success at home.

Don Cossack (Bryan Cooper) gave him another major success in the Cheltenham Gold Cup in March, 2016 and he sent out his first winner at Royal Ascot when Commissioned (Adam Kirby) landed the Queen Alexandra Stakes in June of the same year. Gordon recorded a treble on the opening day of the 2017 Cheltenham Festival when Labaik (Jack Kennedy), Apple’s Jade (Bryan Cooper) and Tiger Roll (Lisa O’Neill) all won. In all, Gordon has trained 14 Cheltenham winners and he was the leading trainer at the Festival for the first time in 2017 with six winners. Gordon went very close to winning his first National Hunt trainers’ championship in the 2016/2017 season. He led all the way until the penultimate day of the season, but while he missed out on the coveted crown, he did match Willie Mullins’ tally of 193 winners, a record for the number of winners in a season, set in 2012/2013.

It was reported that Gordon trained his 1,000th winner on the racecourse when Moonday Sun, ridden by Davy Russell, won at Punchestown on May 31st, 2017. Gordon enjoyed his first Group race success on the Flat when the Declan McDonogh-ridden Beckford won the Group 2 Gain Railway Stakes at the Curragh on July 1st, 2017.

Gordon became the first trainer to capture all three Grade 1s on the card at the Winter Festival at Fairyhouse. On Sunday, December 3, 2017, he won the Bar One Racing Royal Bond Novice Hurdle with Mengli Khan (Jack Kennedy), the Hatton’s Grace Hurdle with Apple’s Jade (Jack Kennedy) and the Drinmore Novice Chase with Death Duty (Davy Russell).  Gordon won the most valuable race on the Irish calendar when General Principle, ridden by JJ Slevin, won the BoyleSports Irish Grand National at Fairyhouse on Easter Monday, April 2, 2018. It was his first success in the race.

A treble at Downpatrick on Sunday, March 25, 2018 saw Gordon set a new record of 194 winners in a season. He reached the 200 winner mark, the first trainer to do so in a National Hunt season, for the 2017/2018 season when the Declan Lavery-ridden Portnablagh won the Cork & Waterford Mares’ Point-To-Point INH Flat Race at Cork on Easter Monday, April 2, 2018.

All the facilities have been purpose built so are of the highest quality and have been designed to maximise efficiency and productivity. The stables have been constructed with an emphasis on ventilation to promote health and comfort for the horses and all of our stables are light, airy and of a comfortable size. We now have capacity for 200 horses including a separate isolation unit of 6 stables as well as outdoor woodchip paddocks which are beneficial to horses with respiratory issues.

Cullentra House stables is located two miles from the village of Longwood and just a couple of minutes from Enfield and the M4 motorway. Situated on 78 acres of grassland it is both private and peaceful yet close to direct transport links, we are under an hour away from both Dublin Airport and Dublin Port.

The son of a farrier, Michael has always had an affinity with racehorses having started working for trainers John Murphy and Dermot Weld as a teenager, A very capable rider he hit over 50 winners as an amateur for Noel Meade and Frank Ennis. Michael continued his strong relationship with Noel Meade going on to become his assistant trainer before making the bold decision to branch out on his own in 1985, aged only 21 and has continued going from strength to strength ever since. Michael bought land at Pollardstown on the Curragh in 1985, where he built a house and 10 boxes, he trained there until 2005 before moving to his new state of the art custom built establishment Cooper Beech Stables where he has being training vast amounts of winners up to the very top level ever since.
.

Horses such as Invincible Ash, Miss Sally, Eastern Appeal and Snaefell along with Golden Cross came to fore in the early days of Michaels training carreer and indeed Golden Cross went on to become a Grade 1 winner over hurdles for Michael and his team and was only just denied in the Stayers Hurdle at Cheltenham in 2006 under Johnny Murtagh. Michael would always consider himself a dual purpose trainer however in recent years has became more focused on the flat due to the great support he has recieved from several of the top names in the flat racing game who were quick to spot his great potential such as His Royal Highness The Aga Khan and His Royal Highness Sheikh Mohammed.

Michael has had alot of high level success through out his career as a trainer with some highlights including Casemento, who went on to win the Group 1 Racing Post trophy in 2010 in impressive fashion. The winners have continued to come home and away with Michael and his team being regulars at the Dubai Carnival where in 2014 he won the very valuable Group 2 Dubai Gold Cup with Certerach who ran in the colours of loyal supporter Paul Rooney.

Michael sends out a regular supply of big race winners every season and in May 2018 he and his team achieved a fabulous milestone by saddling his 1,000th winner when Platinum Warrior won the Gallinule Stakes at The Curragh. The winners still continue to come thick and fast with 2019 proving to be another stellar year for the team with over €790,000 in prize money amassed already and key group wins for Roman Turbo and Surrounding to top it off.

The yard and gallops stand on just under 60 acres of picturesque grass land and has the capacity to house slightly over 100 horses in what can only be described as one of the most luxurious and modern training establishments not only in Ireland but further afield also, taking into account every aspect of horse care from comfort, health and safety and hygiene. Cooper Beech has a six-and-a-half-furlong woodchip gallop and a three-and-a-half-furlong sand and fibre circular gallop. It also has a five-furlong grass gallop, in conclusion this means all aspects of training can be carried out on site reducing the need for horses to travel off the premises to carry out pieces of work, which helps reduce the chance of injury and picking up infections etc.

One of the most recent additions is a custom built equine swimming pool which supplements the horses training programme, it is also fantastic for horses returning from injury as it reduces the stress on their muscles. Cooper Beech has both grass and all weather turn out paddocks which were purpose build from scratch to ensure the highest level of comfort for those horses using them. As mentioned Michael is able to carry out all aspects of training from his yard however should he wish to take young horses away for experience or older horses away for a sharpen up before a race then The Curragh’s world class training gallops are only 5 minutes down the road.

Copper Beech Stables is located less than 10 minutes away from Kildare town and is in close vicinity to The Curragh. Situated on 60 acres of grassland it is both private and peaceful yet closer to direct transport links such as the M7 motorway and being less than 1 hour away from Dublin Airport and Dublin Port.