The team at Pioneer are delighted to announce that we have secured the impressive 4 year old point to point winner Everybreathyoutake which is currently in training with Gordon. He was strongly recommended to us by Gordon who was very keen to keep the horse in the yard after his current owners put him up for sale to dissolve a partnership. As you can see in his point to point video which can be viewed via the following link: https://www.goffsuk.com/sales-results/sales/spring-hit-p2p-sale-2018/397 he has a high cruising speed with plenty of gears and jumps for fun achieving a point to point rating of 92+ after his impressive 10L point to point victory. We are extremely confident he will provide us and his owners with plenty of good days out in the future. He has had a few runs under rules for his previous owners including a fine 2nd in a bumper at Roscommon after drifting severely on the run in due to greenness, followed by a below par run in a maiden hurdle over 2m which Jack Kennedy immediately put down to the trip being to sharp for him and suggested 2m4f should suit him perfectly, haven spoken to Gordon about the horse he feels that as he is still only 4yo and has been on the go a long time and will benefit hugely from a break to help him mature and fill out into his frame before going back into training in January for a spring campaign, Gordon believes he should be effective on most ground types bar extremes one way or the other. As the horse is due to go on a break imminently Fees will not begin until the 1st January 2019. 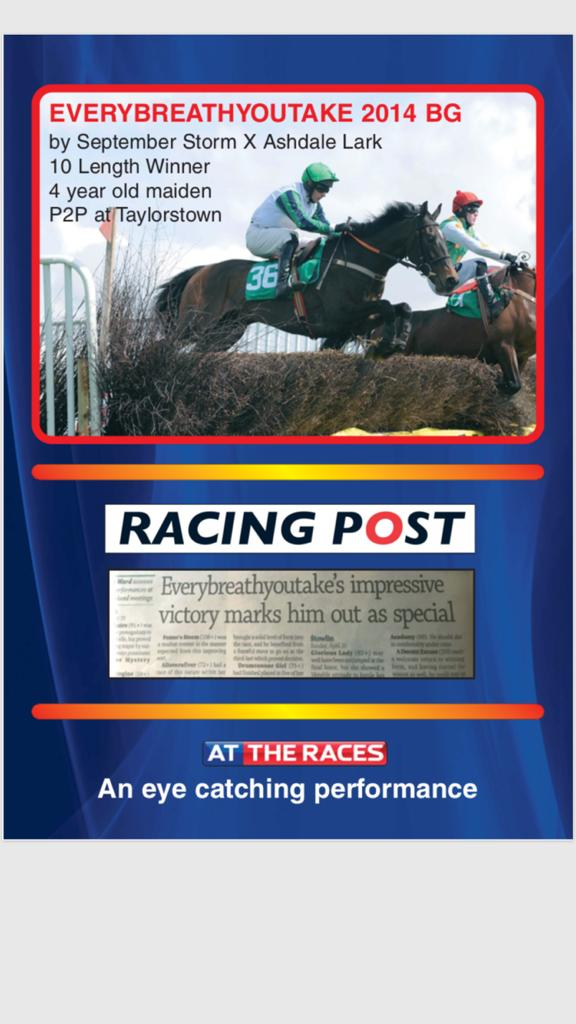